As you may have known by now that laravel 6.0 has been out. Though it’s expected to have a lot of changes in the major release but in 6.0 there are not that many changes.

But one major change introduced in laravel 6.0 is the removal of

Command. As you may know, this was used to create the authentication scaffolding. Thought the concept is not removed but just the way to implement has been changed.

Authentication support is now added with the help of a package now. you can read in detail about it in here

Command to implement the Auth are as follows.

All the other stuff is the same as 5.8. Same Routes, Controller and all the stuff.

Below is an explanatory video for the same. Please have a look.

Hope this was helpful 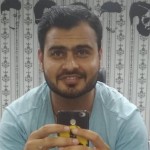 Hi, I am Samgan, I know the adds are bit annoying but i hope you understand. Talking about me, I excel at solving complex problems involving logic and step by step breakdown of the problem. Besides, to develop complex algorithms, I specialize in problem framing, systems design, and product development strategy. Sometimes I also enjoy public speaking.

I am also the creator of penit.ink, a site which provides young writers with a free hand place to show their creation to the world. Irrespective of the niche, if you write this place is defiantly for you.